How Do Tax Brackets Work?

We Are Ready To Help You Succeed!

Contact us to learn more and see if we are a good fit to solve your tax headaches!

How Do Tax Brackets Work?

There are actually two ways to look at your tax bracket. One is called your marginal tax bracket, and one is your effective tax bracket.

Your marginal tax bracket is the thing that is most common knowledge. They were recently changed in the newest tax reform, starting at 10%, then 12%, 22%, 24% and on. This is where many will focus and say I’m in “X” tax bracket therefore I am paying “X%” on all of my income. This is actually incorrect.

The “X%” of all your income is your effective tax bracket. You are not subject to only one bracket. You get to take advantage of the lower brackets up to the one you are in – in the best way possible. In another post I explained it like this:

Your tax return is not taxed at a single percentage, you have income likely across multiple brackets. If you are in a 22% tax bracket, you have some income taxed at 10%, some at 12% and the rest at 22%. The 22% is NOT retroactive to all your income – which is a wonderful thing, means you pay less total tax than appears at first glance.

Imagine building a tower of kid’s wooden blocks. As you stack blocks on top of one another, the tower increases in size. This is your income. Now if we were to place a few pieces of paper between 2 or 3 of the blocks in the whole tower, we would create different zones of the tower. Those are the tax brackets. The blocks below the first piece of paper, are 10% blocks, the next blocks are 12% and so on.

What Represents Your Marginal Tax Bracket?

The highest block in the tower represents your marginal tax bracket. It will help you plan ahead and know, if you were to add any blocks to the tower, you are adding it to THAT zone, and the increase will be taxed at that rate. However, the whole tower has the mix of where your income is. Let’s say a married couple is making $110,000.00 a year. After the standard deduction of $24,000.00, for a married filing jointly their taxable income is $86,000.00. It is the taxable income that is taxed, not the total income. That $86,000.00 would be a tower tall enough to have 3 zones. The 10%, lowest, portion has blocks, and the middle section of 12% also has blocks. There are also a few blocks in the 22% zone, but only a few. Only those few dollars were taxed at 22%, the rest were taxed at 12% and 10%. So as a whole the family may have only been effectively taxed at 14%. That is your effective tax rate. What you were actually taxed at when all the complicated math was said and done. That is arguably the more important number than the other. Marginal helps you plan for the future regarding income and deductions, but effective tax bracket helps you understand what it is that you actually paid on your taxable income for that year.

Sadly, neither of these numbers show up on a tax return. You can figure them out on your own, but it is quite a bit of math and hoops you will need to jump through. Using professional software is the recommended minimal approach to preparing your tax return, and should be able to provide at least your marginal tax bracket to you. Working with a good professional tax advisor who can help explain the two numbers to you, and make any possible recommendations or cautions for the following year due to your marginal tax bracket is truthfully (biased a little, but truthfully also) the best. 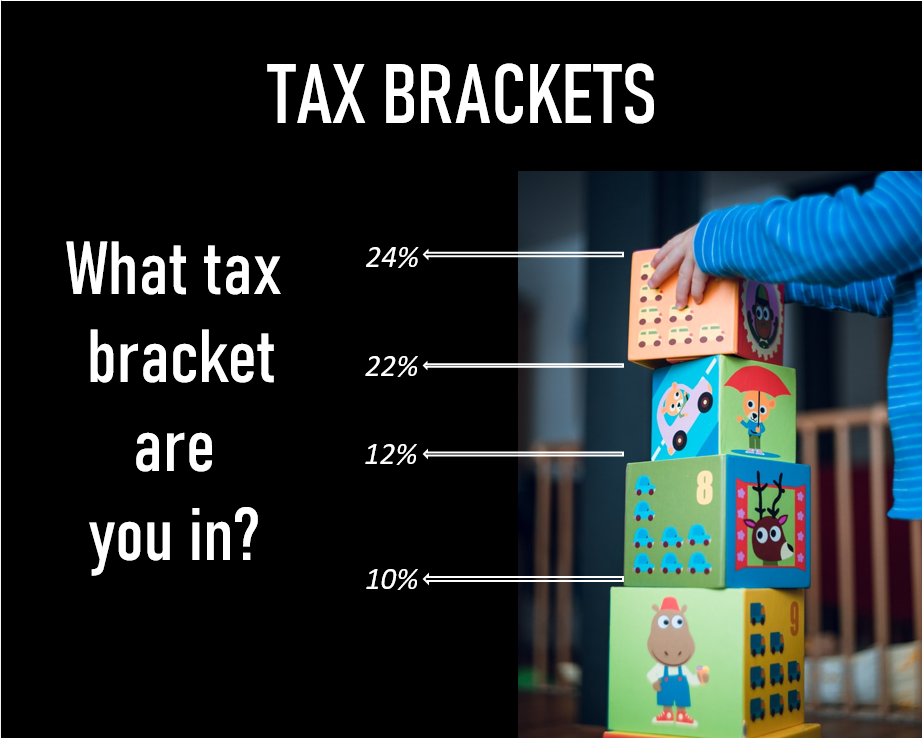 We Are Ready To Help You Succeed!

Contact us to learn more and see if we are a good fit to solve your tax headaches!