How Long Can the IRS Audit Me? 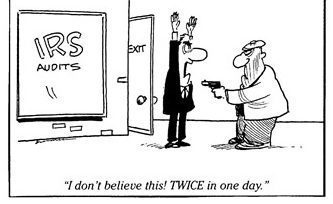 In most cases, the statute of limitations grants the IRS a period of up to three years in which to initiate an audit of a taxpayer. The three-year clock begins counting down from the latter of the following dates:

Though the three-year statute of limitations applies in many cases, there are also a few exceptions which may affect certain taxpayers. In other words, there are some tax situations where the statute of limitations is extended, granting the IRS additional time to audit taxpayers who meet certain criteria. For taxpayers who meet these criteria, the risk of an audit is heightened.

Some major exceptions to the three-year IRS audit statute of limitations are listed below. If any of these exceptions seem applicable to your situation, you should contact an experienced IRS tax audit attorney immediately for further guidance. If you are chosen to be audited, it is essential to begin developing a strategy as soon as possible.