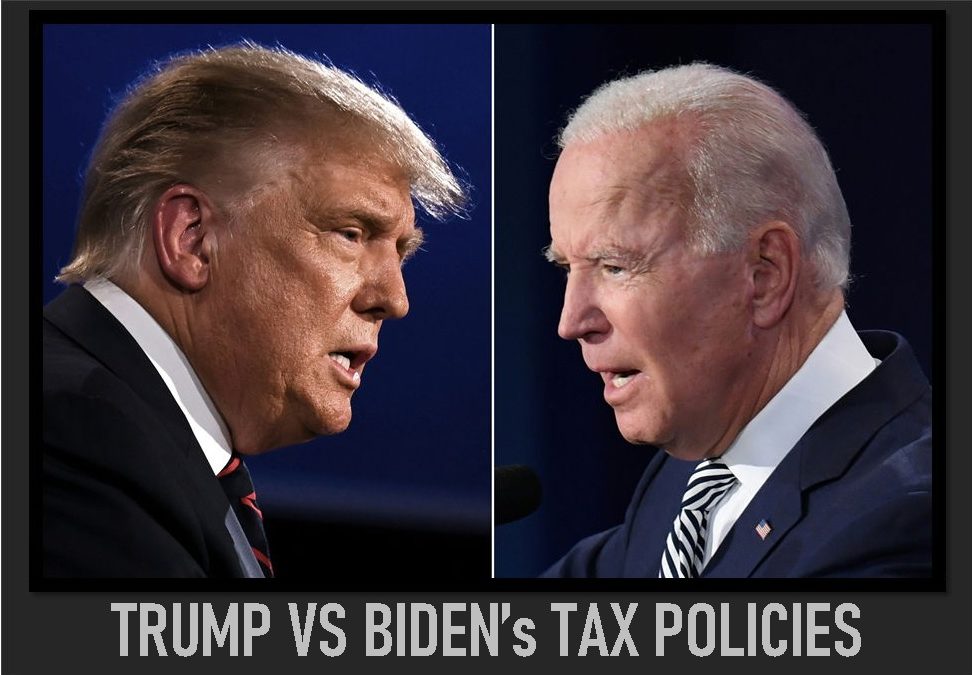 Taxes are one of the hot topics in this year’s election because it affects each one of us. Regardless of your political opinions, it’s important to understand how the current tax laws affect you and how they may change. The New York Times leaked years of President Donald Trump’s tax-return data and claims that he paid next to nothing in federal income tax. While Trump’s businesses do pay millions of dollars in other types of tax in addition to creating jobs, billionaires like Donald Trump and Jeff Bezos avoid federal income tax without breaking any laws.

Democratic presidential nominee Joe Biden promises to not raise taxes for the middle class. He also claims that if President Trump is re-elected, he will further his tax cuts to benefit the top 1% while working families get no relief. President Trump claims that his own tax cuts will increase the take-home-pay of the working people and create jobs. He also claims that Biden’s proposed tax hikes will cost millions of American jobs.

The 2017 Tax Cuts and Jobs Act (TCJA) lowered the top tax rate from 39.6% to 37% which is exactly where President Trump intends to keep it. In addition, he plans on a middle-class tax cut which will reduce the 22% tax bracket down to 15%. As for corporate taxes, he intends to preserve the reduction in corporate tax rates from 28% to a flat 21% rate as well as continuing no corporate Alternative Minimum Tax (AMT). This expansion of the TCJA will benefit mid to high earners with lower tax rates and will continue to allow corporations to pay less federal income tax.

Trump believes that he can “provide tax credits to bring jobs out of China back to America,” and “to impose tariffs on any company that leaves America to produce jobs overseas”. Biden would restore the previous income tax rates with the highest rate at 39.6% for joint filers with taxable income of $400,000. He would also raise the flat corporate tax rate to 28%, create “green energy” tax incentives, and reinstate the corporate AMT tax when their profits are over $100 million. In his words “…it’s long past time the wealthiest people and the biggest corporations in this country paid their fair share.”

Since the tax law changes beginning 2018, personal deductions are limited, causing most taxpayers to take the standard deduction. For anyone who doesn’t own a home, have children, or have significant charitable donations, the doubled the standard deduction to $24,000 for joint filers is a decent benefit. On the other hand, itemized expenses such as unreimbursed employee expenses, taxes paid over $10,000 and the exemption deduction for each person on the tax return have been disallowed.

The Trump Administration has made significant efforts to fight illegal immigration, and their tax plan is to require that taxpayers have a valid Social Security number to claim the child or other dependent tax credits. Currently, any taxpayer can claim the $2,000 child tax credit or the $500 other dependent credit if they have an ITIN, but this would no longer be the case. The opposing democrat plan involves raising the child tax credit to $8,000 for one child and $16,000 for two or more children. These credits will phase out for joint filers with income between $125,000 and $400,000.

Additionally, Biden’s plan would enact a $5,000 family caregiver credit, a $15,000 first-time homebuyer credit, a renter’s tax credit for low-income individuals, and would expand the earned income tax credit. These tax breaks are designed to benefit taxpayers with children and those with below average income.

Donations to non-profit scholarship organizations are a write off for taxpayers who itemize, but few people itemize since the TCJA tax laws passed in 2017. President Trump plans to create the Education Freedom Scholarship tax credit which would provide up to $5 billion worth of tax credits each year for individuals and corporate donations to such organizations. This credit would significantly increase the benefit for these donations, which would incentivize more people to do so.

The democratic party is pushing for free college tuition and forgiving federal student loan debt. This type of debt cancellation would normally have to be taxed as income, but Biden plans to exclude forgiven student loan debt from income.

The TCJA laws gave huge benefits to estate planning and transferring wealth to the next generation. In fact, you don’t have to worry about paying estate or gift taxes unless your net worth is in the millions of dollars at death. Trump intends to extend the higher estate and gift lifetime exemption that is scheduled to expire in 2025. Biden intends to increase the taxes paid on large estates with millions of dollars of assets by eliminating the stepped-up basis rules and reducing the lifetime exemption. A stepped-up basis is a new cost basis that equals the value of a person’s property when they die.

There have been several major tax law changes since the creation of the modern-day tax code. It is impossible to know who will be setting the tax policy agenda when the next presidential administration begins in 2021. However, it is worth remembering that no matter who is in the Oval Office, getting tax code changes enacted into law requires the willingness of both congressional leadership and the White House to engage and to reach an agreement. Whoever our president will be will surely have a major impact on the taxes we pay over the next four years.

At Molen & Associates, we are up to date on all tax laws and will make sure that you benefits from any tax breaks out there. Check out our blog posts here regarding tax information and give us a call for all of you tax and financial needs.