Why is Healthcare So Expensive? 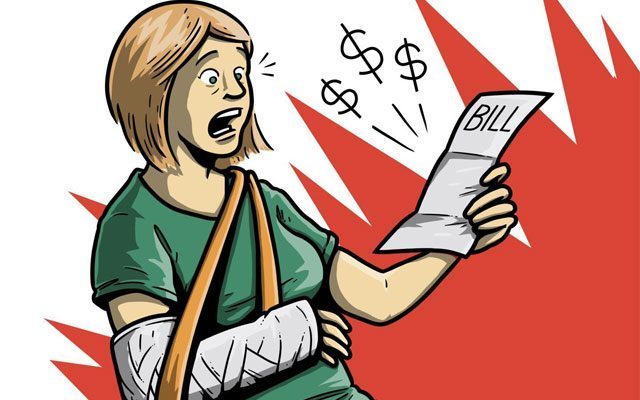 Ever wonder why healthcare is so expensive? Why is it needed? How steep are penalties if we avoid getting coverage? What’s the real point of it? Is there a book labeled “Healthcare for dummies”? How often does a regular person go to the doctor annually? Does the cost ever go down if you’re seeing the doctor more frequently for those cases that a quick dose of over the counter meds can’t cure? Healthcare in the U.S is currently twice as expensive as it is in other places of the world and there’s a number of reasons why.

Most other developed countries control costs, in part, by having the government play a stronger role in negotiating prices for healthcare. Their healthcare systems don’t require the high administrative costs that drive up pricing in the U.S. As the global overseers of their country’s systems, these governments have the ability to negotiate lower drug, medical equipment and hospital costs. They can influence the mix of treatments used and patients’ ability to go to specialists or seek more expensive treatments.

Higher health care costs mean higher health insurance premiums for everyone. It’s Health Insurance 101: Insurance is about pooling risk. That’s a good thing because it protects you against unexpected costs—but companies have to collect enough in premiums to pay for members’ health expenses.

There are many reasons why healthcare coverage weighs pretty hefty in our pockets.  They range from the cost to create and produce the drugs to the actual cost of the procedures and treatments. For example, the U.S. uses three times as many mammograms, two-and-a-half times the number of MRIs and does 31% more caesarean sections. This results in more money being spent on technology in more locations.

With the cost being so high, is there some kind of relief in sight?  Good news is on the horizon. The insurance mandate has been removed, but the repeal doesn’t take effect until 2019. So, for the next couple of years, coverage is still required by law. Not having health insurance this year will cost you: The penalty is $695 per adult and $347.50 per child for a maximum of $2,085 per family, or 2.5 percent of the household income, whichever is greater.